You are currently browsing the news archives for July, 2012. 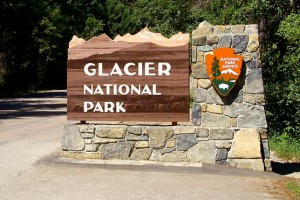 Delcan Technologies is in the final phases of completing a parking guidance system at Glacier National Park in Alaska. The system manages and directs tour buses visiting the park to appropriate locations based on the volume of buses inside the park.

The system wirelessly monitors a set of six bus drop-off locations. As buses pull in and out of the spaces, the wireless parking sensors transmit data to a central computer. The computer then automatically feeds that data to a series of Dynamic Message Signs along the roadway. When all the spaces are full the system alerts in-bound buses and directs them to a waiting area until an open space is available.

As a part of the project Delcan Technologies provided the park with two dynamic signs, a wireless network for communicating with the signs, six wireless parking sensors, a wireless zigbee network, a central control computer and associated software to control the system. The system is due to launch this summer and was implemented in coordination with the Alaska Department of Transportation and Northern Management Services. 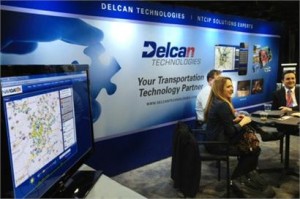 Delcan Technologies was in attendance at the 2012 ITS America show this past May. The team that attended the show included Michael Howarth, Peter Ashley and Andrew Baker. The show was held in National Harbor, MD and covered three days of all things transportation.

As one of our first major shows since the transition to Delcan Technologies, we were excited to share our new core mission of “Your Transportation Technology Partner” with existing and new clients. Over the last few months we’ve grown to embrace that statement at a root level and have been striving to become a true partner for our clients.

Another highlight of the show was the public launch of our 1991 card which easily enables cellular connections to field devices. The high level of interest in the 1991 card highlights how important connecting to mobile networks is becoming for ITS equipment. Instead of investing in huge infrastructure costs, clients are using the 1991 card to leverage existing cell phone networks.

Additionally, we showcased the latest modules and additions to Intelligent NETworks. Many of the new features focused on predictive modeling and intelligent incident management.