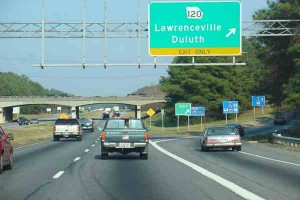 Intelligent NETworks® is currently being developed as the new Advanced Traffic Management System (ATMS) for the state of Georgia. The installation controls and monitors any traffic devices managed by GDOT including devices attached to their primary fiber backbone and devices outside of their fiber network. Additionally, the new system manages a number of local Traffic Control Centers (TCCs), allowing them to take full advantage of the statewide license. The system also publishes all the traffic information to an Advanced Traveller Information System website as well as providing traffic information and video to local news agencies.

The new Georgia NaviGAtor is one of the largest installations of Intelligent NETworks®. Began in late 2009 and scheduled to deploy over two phases, the project is due to launch in November of 2010. When finished it will manage 500 cameras, 100 signs and over a thousand vehicle detectors. It has also been designed to interface with Siemens Tactics system used by GDOT to set-up and control their traffic signal systems.

Phase two will see the addition of the automatic vehicle locator, ramp metering and ESS modules along with the initial install.

The NaviGAtor 2 software will bring GDOT into the 21st century of effective traffic management by providing a state of the art software suite to meet their growing demands.  The interfaces will be much easier to use, drastically reducing time spent by operators trying to do small tasks and allow the TMC staff to focus on the broader goal of reducing incident response time and keeping the highways flowing freely.