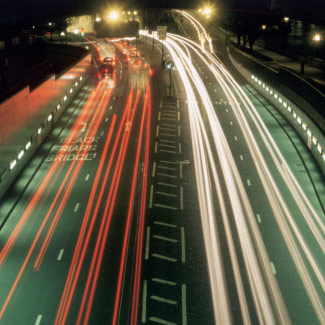 In April, Parsons, which is one of the largest transportation planning, engineering, and construction firms in the world, acquired Delcan. As a leader in ITS, Delcan will strengthen Parson’s offerings and help expand its geographic footprint in transportation.

Google announced that it plans to build 200 prototype driverless cars for a pilot program that will be tested later this summer. The car is designed to operate without human intervention. Although it will have manual controls as required under California state law, the production models will not have a steering wheel, accelerator pedal, or brake pedal.

A new study released by the US Department of Transportation’s (USDOT) National Highway Traffic Safety Administration (NHTSA) reveals that car crashes in the US in 2010 cost $871 billion in economic loss and societal harm. The study was based on the 32,999 fatalities, 3.9m non-fatal injuries, and 24m damaged vehicles related to motor vehicle crashes that occurred in 2010.

The Georgia State Road and Tollway Authority (SRTA) announced that the state’s Peach Pass RFID (Radio Frequency Identification) transponder will be interoperable with Florida’s Sun Pass and North Carolina’s Quick Pass toll collection systems by the end of the year.

ITS America Partners with SmartBrief

Intelligent Transportation Society of America (ITSA) has partnered with SmartBrief, a leader in digital publishing, to launch a new e-brief. This daily e-newsletter will provide the latest news and information on transportation innovations, research, training, best practices, and more to subscribers.