What you need to know about NTCIP in South America 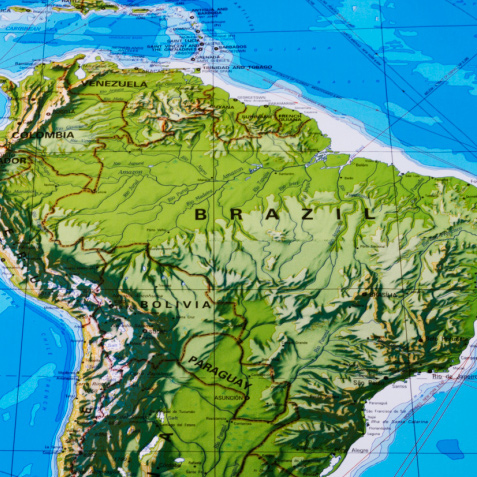 In recent years, there has been a substantial increase in NTCIP activity in South America. In 2010, Brazil began the widespread use of NTCIP, and its adoption has continued to grow at an increasing rate. For the most part, specifying and using NTCIP in South America is the same as North America. There is very little distinction between field devices or dynamic message signs. There are, however, fundamental differences with traffic controllers and multi-faced signs.

There are a variety of NTCIP VMS signs that can be deployed in South America. Given the standard commonly used in South America, the Parsons team is able to modify the signs to support NTCIP. The software effort needed to communicate with an NTCIP sign requires a high level of expertise, but is less intensive than that of a traffic intersection controller.

Additionally, NTCIP is typically built around the assumption of a single sign face. Some European style signs have a high-density graphic area with adjacent low-density lines for text. The concept of different densities in a single sign is not addressed by current NTCIP standards, but that is an obstacle that can be overcome.

There is a distinct level of complexity inside a traffic controller. Their functionality is incredibly intricate, especially with some of the newer features available. Most of the confusion in signal controllers revolves around the type of model being used. Phase-based and stage-based models are two fundamentally different ways of passing traffic through an intersection. Every intersection in the US is a phase-based intersection, which allows for a variable signal cycle. South America uses European-style stage-based control, a fixed assignment of red, yellow and green indicators.

The obstacle within a bid arises when an NTCIP intersection controller is specified, but the overall system is stage-based. This mixing of standards often causes confusion if the issue is not addressed early in the bid process.

What’s on the horizon?

Many bids from South America are continuing to specify NTCIP, but we’re seeing an increased amount of confusion because there is a disconnect between devices that are compliant and implementation methods that are not. We will continue to see changes in the market as it becomes more dependent on NTCIP.

Success will depend heavily on policymakers and manufacturers working together and communicating effectively to ensure it is implemented in a way that everyone understands. This includes the move from phase-based to stage-based control, custom MIBS for stage-based equipment, and how to approach multi-faceted signs within NTCIP standards.

Delcan Technologies can help by providing NTCIP testing and consulting services to ensure conformance and help your project or bid run more smoothly.